Has EURAO got itself into a mess?

Recently, EURAO started offering third party liability insurance for new members.  Invaluable and indeed essential for anyone operating away from their home, the offer of EURAO membership and free insurance for just 10 Euro must be the deal of the decade.

Except, EURAO has been very slow to produce any details of the insurance offered, and that some members will already be relying upon.

I asked EURAO about the contract wording some weeks ago now.  They said the text was in translation.

This morning, EURAO sent a general circular saying how much discussion there had been about the insurance during a recent online conference.  But it still didn't produce any detail on the terms of the insurance.  It did, though, provide a link to the offer page.

I've asked again about this on the EURAO Facebook page this morning.  In fairness to EURAO, they are quick to respond, and there does seem to have been a bit of a panic this morning to produce something.

At the moment, I've a PDF document to a French language text.  Even though it's posted on FB, there's a curious statement that it's for my "eyes only".  Well, it's all public now! In fact, reading the comments on FB from EURAO again, it seems they wrongly believed they were conducting an internal discussion!

Sadly, my French isn't good enough for conversation, let alone legal texts, so I will have to slowly wade through it with online translation.

One thing that seems to be odd, mindful that it is a translation, is the limit in the insurance contract to 35 members, which presumably means the insurance was some form of special offer by the insurance company (or its broker) to EURAO.  That may explain the nebulous references to an 'experimental' offer that I've seen mentioned by EURAO recently.

EURAO have made an error in offering this product, which people have of course accepted, without having, say, French and English texts immediately available.  At the moment, nobody knows what the terms are or, for my part, whether the insurance actually covers members in the UK, which is coming out of the EU very shortly, should that be relevant.

Well, I suppose I haven't lost anything, given the insurance was 'free'.  But I can't, yet at least, rely on an insurance that nobody knows the conditions for.
Posted by Photon at 03:10

Off to the lakeside!

Well, it's been a windy, wet few days, but it started to look a little better this morning. So, instead of our usual walk around a loc... 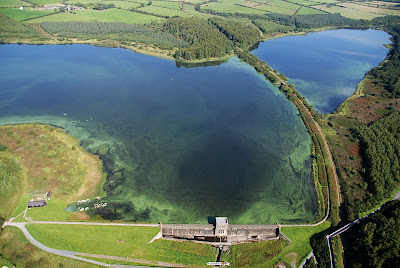