After more than two years of operating my Pi 3B+ in the car, in the fields, and on the beaches (to completely corrupt Winston Churchill!), I've decided to upgrade the backpack Pi to a model 4B.


One issue with the Pi 3B+ using the SDRPlay image and suite of software with the RSP1a receiver was that GQRX, which is a very clear and simple package, especially for a small display, was fixed at 48kHz audio sampling, which was more than the 3B+ could cope with, resulting in badly corrupted audio being fed to WSJT-X.

Luckily, Cubic SDR resolved that problem, as it has modifiable audio sampling rates.  Even though Cubic SDR worked perfectly well with the 3B+,  the menu items are far too small for comfortable field use.  Tuning Cubic SDR was also rather irritating, though it wasn't so much of a problem per se.

So, with nothing much to do this afternoon, I unplugged the 3B+ and attached everything to the 4B.  I was a little concerned my battery pack might be too weak for the 4B, as the AC adapter provides up to 3.1A.  In the event, it seems perfectly happy operating the Pi and screen.  But I have also ordered an upgrade USB battery pack (22.4Ah) that can provide up to 3.4A if needed, which I doubt it ever will.

With the 50% additional processing power and 4GB RAM of the Pi 4B, GQRX now works perfectly fine, with no audio glitches, although you should check with headphones connected that this is so.  Checking against others' reception also confirmed excellent performance in WSPR spots.  GQRX is a lot easier to use in terms of visibility of controls, the simplicity of the interface, and the fact it always goes back to the frequency I last used; very handy as I only really use this unit for 14MHz WSPR!


As I write, the 4B has been running smoothly for two hours, with the aluminium heatsink reaching only 45 degrees Celsius - hugely below the CPU throttling temperature of ~80 degrees C.  From earlier tests, I know it will keep going on the battery for at least another three hours, and probably more; more than enough for most field operations.  There is also no sign of RFI from the Pi 4B, which was not the case with the 3B+.

I joined EURAO a couple of years ago, because I liked the way it challenged, especially, the very old-fashioned way of doing things amongst ... 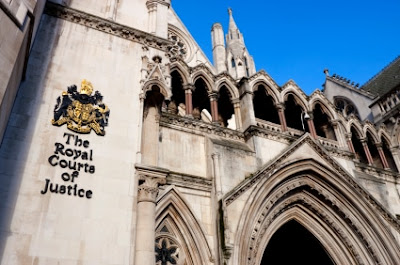